The heroes at Ascent started the week with a discussion on growth mindset launched by watching this video You Can Learn Anything. Then, they learned about a new way to think about their brains:

Another way we talk about learning and challenges is by thinking of our brains as a bunch of rubber bands. Each rubber band represents a different skill or ability, and these bands are different sizes in each brain. We are each born with a different set of rubber bands – people are born with larger bands for some skills and smaller bands for other skills. All of the bands are elastic, and they can become larger if they are used. The smaller a band is initially, the more uncomfortable it can be to stretch it – but it will stretch. People are generally more inclined to stretch their larger rubber bands because they have the least resistance. This is great; it is wonderful to find and grow natural talent. However, this community will also focus on supporting you as you stretch your short rubber bands so that you can discover new gifts and talents that will bring you joy. Physical Development (PD) is underway with Eagles diving into their challenges right away.  This session is themed by the PD Olympics- a day in the Fall when learners set a benchmark for themselves in various challenges (ie. elevators, 40 yard dash, half mile, sit ups, etc.) and then repeat in the Spring in order to measure their personal growth. To prepare for the events, they focus on building the skills and developing the muscles for those events.  Thursdays serve as Skill Days when they work through circuits with half the tribe (while the other half is at Art!).  Tuesdays are our Game Days when we play large group games to put everything in motion.  In the short time since PD has been launched, sportsmanship and encouragement among these caring Eagles is abundant. 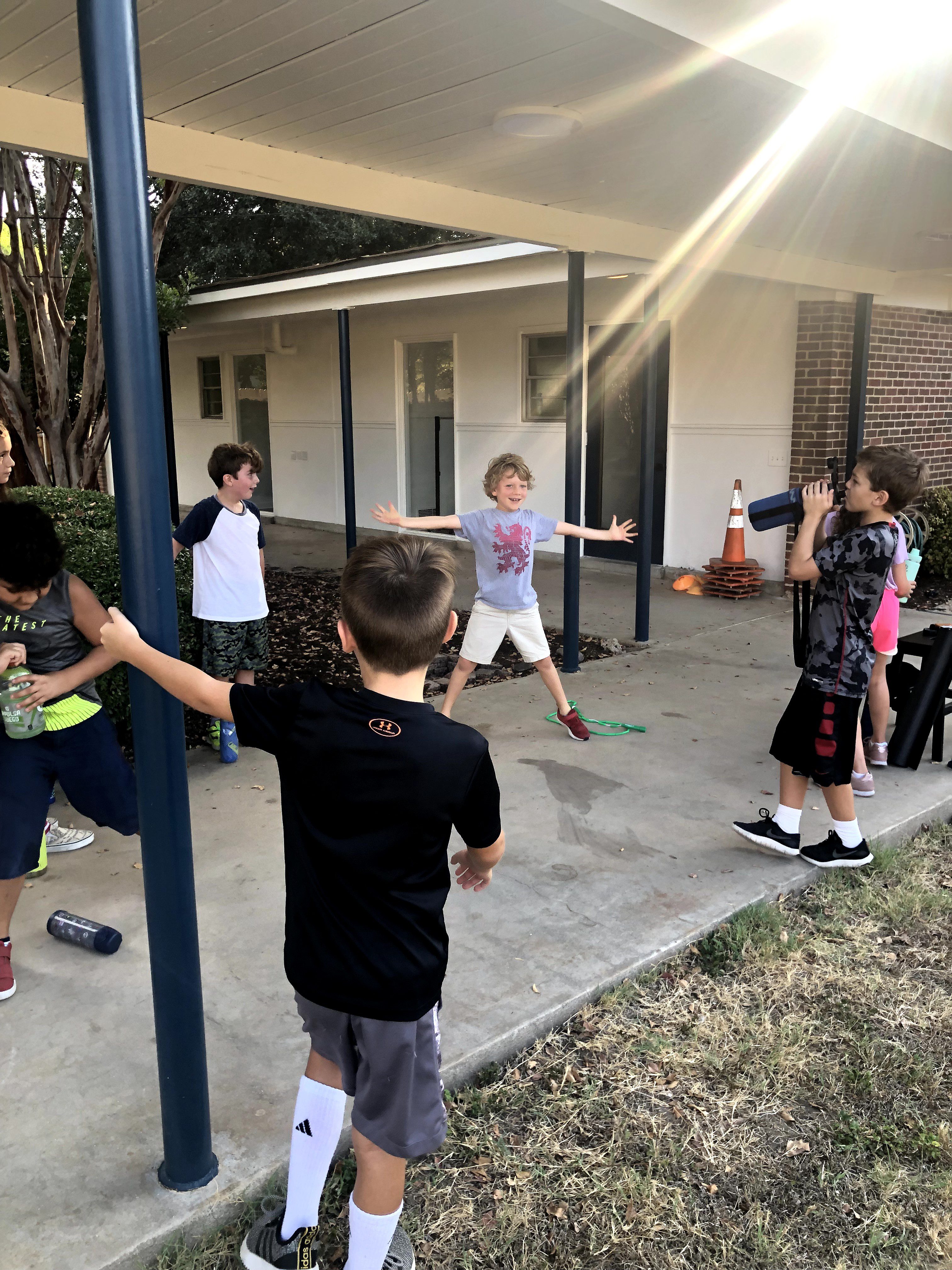 The Eagles continued to build their tribe and strengthen the community through team building exercises such as a trust walk.  The group broke up into pairs and took turns leading a blindfolded fellow traveler around Ascent’s campus.  Most worked with new partners and shared great feedback during the following discussion about the new relationships they built. In art this week, Eagles continued to work diligently on their self-portraits by transferring their photos to paper.  They were introduced to several new tools such as graphite transfer paper, drawing paper and colored pencils.  Shading and light sourcing skills were carried over from the week prior to make their portraits come to life! This week in Writers’ Workshop, Eagles participated in a S.O.L.E. to answer two questions: what are the elements of a formal letter? And, what are five tips for writing an excellent letter? Eagles presented their findings to the group and then began drafting letters to their heroes. Eagles also made progress on their studio contract! Four items were moved from the laboratory to the results page and will become part of their final contract! The conversations about what lines to include and why are very inspiring! Citing their own experiences, the group is eager to build a strong and independent tribe. Speaking of strong tribes, the Eagles demonstrated such impressive responsibility during work time (95% were in deep flow at any given moment!) that they earned a handful of new freedoms and are becoming more and more comfortable with the unique elements of a learner-driven studio. The week culminated with the grand opening of the Hero Store where Eagles were able to spend their remaining Hero Bucks on a variety of supplies and gifts.  The store was met with much fanfare and there were already ideas of how their money would be spent the following week.

The closing group for the week was a special event as the Discovery Eagles were joined by the Spark Studio from downstairs.  Guests were treated to the premiere of the final cut for Ascent’s entry into the global 2019 Acton Lip Dub Challenge!